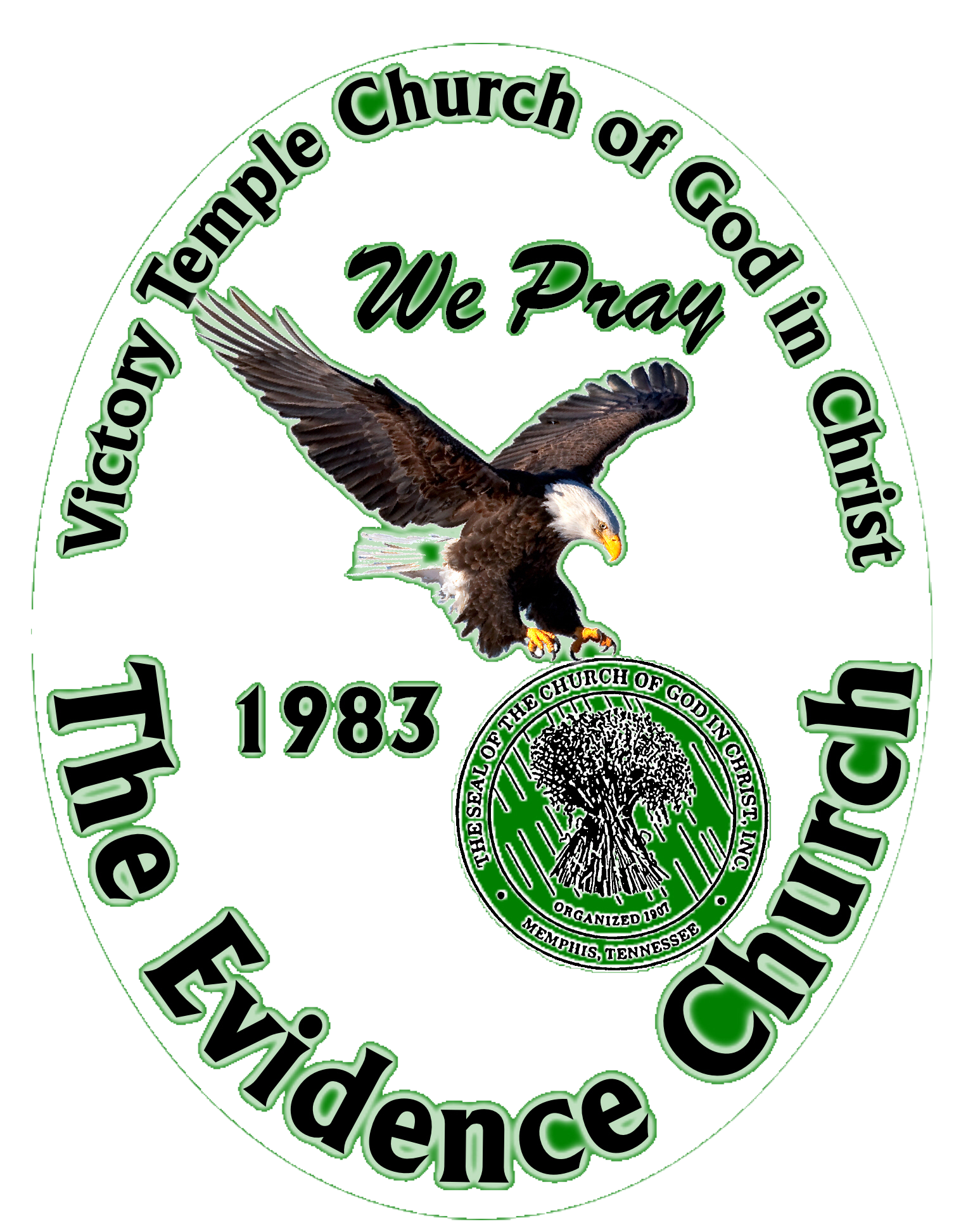 I remember the year that I started a sermon series on faith. After the first sermon, she approached me and said, “Pastor, I like that message!” And it kept going just like that. After each message, she would say how the messages were getting better and better. She told that she was getting so much and growing so much. We encourage each other. You see, she was becoming a woman of faith according to the Bible. Saving faith, trusting faith, deliverance faith, supernatural faith, miracle faith, strong faith, living faith. She trusted and believed what God says in His Word, believing unto the saving of the soul.

You will not find faith in easy. Faith is found in hard. Faith is developed in the struggle to trust God instead of your natural instincts. Just as diamonds are formed under pressure, and butterflies are created through metamorphosis, faith is on the other side of impossible and “I can’t” and “it’s too hard…”

When faith starts moving in you, working in you… you keep going and going and going. Faith touches an inner place that brightens your eyes, gives you an extra boost. Faith makes you say, “I can do this! I can do all things through Christ which strengthens me!”

Faith in the supernatural, saving and delivering Word of God protects you.

You will know that you cannot live saved without faith…

You know that God loves you because He tells you how He loves you.

For God so loved the world that He gave His only begotten Son that whosoever believeth in Him should not perish but have everlasting life.

Behold what manner of love that the Father has bestowed upon us that we should be called the sons of God.

And my God shall supply all your need according to His riches in glory.

Jesus asks, “will I find faith when I return”?

I tell you that he will avenge them speedily. Nevertheless when the Son of man cometh, shall he find faith on the earth? (Luke 18:8 KJV)

But without faith it is impossible to please him: for he that cometh to God must believe that he is, and that he is a rewarder of them that diligently seek him. (Hebrews 11:6 KJV)

Faith is how you accept the love of Jesus Christ. Jesus promised that He’ll take care of you. If you believe His Word, that belief and trust in what God says in the King James Bible will give hope that what He says, He will do. What ever He promised, trust and believe that He cannot Lie and He hasn’t started yet. God doesn’t lie and He hasn’t lied. I don’t have to worry about the things ahead, All I have to do is live right and believe what He says! Listen to this:

Jesus was wounded for our transgressions, for the wrongs we did, He was bruised and crushed for our iniquities, for the evil we did. The punishments given to Him made us well, this punishment to Jesus made us whole and brought us peace. We were healed when He was wounded, lacerated and cut with whips, punched with fists, slapped in the face, walked on sharp stones and broken glass, punctured with nails, stabbed with a spear. He came that we might have life and life more abundantly and He didn’t lie.

Faith is the substance of your hope. If you can just believe the Word of God, faith will make you do the rest. You gotta have faith in your heart. Faith in your heart gives you understanding in your head. You can’t understand until you believe and receive faith. You can’t live holy until you believe that Jesus died and rose again to live in your heart by faith. He wants to fill your heart with the supernatural love of God. He wants to fill you with the hope of His soon return to experience the power of the resurrection and Life eternal.

John 14:1-6
(CWSB) ​1 Let not your heart be troubled: ye believe in God, believe also in me.
2 In my Father’s house are many mansions: if it were not so, I would have told you. I go to prepare a place for you.
3 And if I go and prepare a place for you, I will come again, and receive you unto myself; that where I am, there ye may be also.
4 And whither I go ye know, and the way ye know.
5 Thomas saith unto him, Lord, we know not whither thou goest; and how can we know the way?
6 Jesus saith unto him, I am the way, the truth, and the life: no man cometh unto the Father, but by me.

AND HE DIDN’T LIE…

HAVE FAITH IN GOD. The man with the son who had demons came to Jesus and asked Jesus to

Isaiah 53:3-12
(Expanded Bible) 3 He was ·hated [despised] and rejected by people.
·He had much pain [A man of pain/suffering/sorrows] and ·suffering [one who knew/was acquainted with pain/grief].
People ·would not even look at [turned their backs on; Hid their faces from] him.
He was ·hated [despised], and we ·didn’t even notice him [or did not esteem him].
4 But he ·took [bore] our suffering on him
and ·felt our pain for us [carried our sorrows/sickness].
·We saw his suffering
and thought God was punishing him […stricken and afflicted by him; God].
5 But he was wounded for ·the wrong we did [our transgressions];
he was crushed for ·the evil we did [our iniquities].
The punishment, which ·made us well [brought us wholeness/peace], was given to him,
and we are healed because of his ·wounds [lacerations; stripes; 1 Pet. 2:24].
6 We all have ·wandered away [gone astray] like sheep;
each of us has gone his own way [1 Pet. 2:25].
But the LORD has put on him ·the punishment
for all the evil we have done [all of our sins/iniquity].
7 He was ·beaten down [oppressed] and ·punished [treated harshly; afflicted],
but he didn’t ·say a word [open his mouth].
He was like a lamb being led to be ·killed [slaughtered].
He was quiet, as a sheep is quiet ·while its wool is being cut [before its shearers; Acts 8:32; Matt. 26:63; Mark 14:61; John 19:9; 1 Pet. 2:23];
he never opened his mouth.
8 Men took him away ·roughly and unfairly [or after unjustly condemning him; from oppression and judgment].
·He died without children to continue his family [or Yet no one of his generation objected; Land his generation, who considers/speaks of it?].
He was ·put to death [cut off from the land of the living];
he was ·punished [struck down] for the ·sins [transgressions] of my people.
9 He was ·buried [assigned his grave] with ·wicked men [criminals],
and ·he died with the rich [or he was put in a rich man’s tomb; with the rich in his death; Matt. 27:57, 60].
He had done ·nothing wrong [no violence],
and he had ·never lied [no deceit in his mouth; 1 Pet. 2:22].
10 But it was the ·LORD who decided [LORD’s will]
to crush him and make him suffer.
The LORD made his life a ·penalty [sin] offering,
but he will still see his ·descendants [offspring; seed] and ·live a long life [extend his days].
·He will complete the things the LORD wants him to do [The pleasure/will/purpose of the LORD will prosper in his hands].
11 “After his soul suffers many things,
he will see ·life [or light; or the light of life] and be satisfied.
[By his knowledge/experience] My ·good [righteous] servant will ·make many people right with God [justify many];
he will carry away their ·sins [iniquities].
12 For this reason I will ·make him a great man among people [or give him a portion with the great ones],
and he will ·share in all things [divide the spoils] with those who are strong,
because he ·willingly gave [laid bare; poured out] his life
and was ·treated like a criminal [numbered/counted with rebels/transgressors].
But he ·carried away [bore] the sins of many people
and ·asked forgiveness [made intercession] for ·those who sinned [rebels; transgressors].”